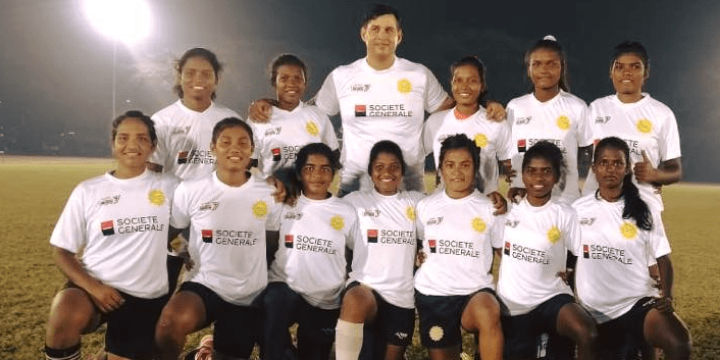 The Department of Sport & Youth Services, Govt. of Odisha in conjunction with Asia Rugby & Rugby India successfully hosted the Asia Rugby Sevens Under 18 Girls Championship. This event marked the first ever age grade international rugby tournament to be played on Indian soil. The tournament was held at the iconic Kalinga Stadium in Bhubaneswar, Odisha on the 26th to 28th of October, 2018.

Talking about the tournament, Mr. Rahul Bose- Former India Rugby Player, Actor & Film Maker, said, “The event is a beginning of a celebration. A sport like rugby will finally be hosted by our country. It has been a true honor to have been a part of this sport and as a former player I hope this tournament will inspire current players, those new to the game and future generations towards this sport.”

The announcement of the commencement of the ASIAN RUGBY UNDER-18 GIRLS RUGBY SEVENS CHAMPIONSHIP was made at a press conference held on Thursday 25th October.

The opening ceremony for the tournament was held on Friday 26th October 2018 at the Kalinga Stadium, Bhubaneswar.

Other dignitaries present were: